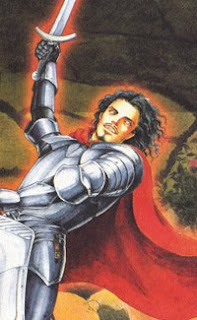 The new Scanlation Get! is Cesare, which is a title that aptly calls its self “Serious Historical Fiction”. (This title is serious business!) Mangaka Fuyumi Souryo (Eternal Sabbath) did research with a Dante scholar to bring the life of Cesare Borgia to the manga page.

The story is from the view of the character Angelo da Canossa who has recently arrived at a cloistered school for the children of nobles, or the rich and powerful. Smart, but naive in the world of political intrigue Angelo is left at a disadvantage when the different students associations begin to play for power within the school. Through a series of events Angelo is saved by Cesare. Angelo is immediately captivated by him. Cesare is charismatic, smart, and outwardly kind. Though he lives in a harsh world of hidden darkness where even the smallest slight can cause immense political danger. Cesare has keen political sense he wields with surgical precision in all this darkness. It is through Angelo we learn more about Cesare, allowing us to see both the light and darkness of this character. There is a lot of maneuvering, and manipulation of power with the various associations within the school.  This leads to a lot of political intrigue in the title. 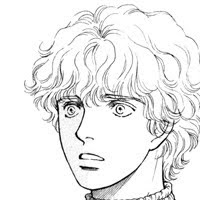 The art in this is marvelous, there is a huge attention to detail in every page. The clothing is period appropriate which means lots of ruffles and darting, all of which is drawn in detail. Each association has very distinct clothing also, which is very helpful in a title with a number of characters and sides to take. Cesare features many framing panels, to help define the setting, which are drawn in such detail it is astounding. Every character has a simple but unique face, and the detail in some of the hair is just insane. Over all an outstandingly well drawn title. 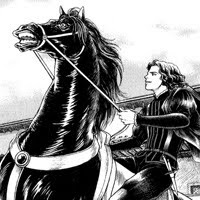 Ceasare reminds me a lot of Rose of Versailles (only more male) which had a similar story telling device with Oscar and Marie Antoinette. What makes Rose of Versailles and Cesare interesting was the wheeling and dealings of the nobles at court (or in the case of Cesare the students at the school). I will admit Cesare maybe to dry for a lot of people as most of the “action” is in fact political maneuvering and intrigue which leads to people talking...a lot. The “action” is in the “words” (Shakes fist). Though for anyone that likes “Serious Historical Fiction” I would highly recommend it.
Posted by Brand at 11:36 PM