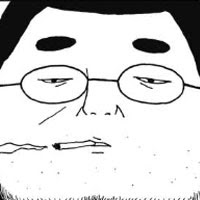 I'll Give It My All... Tomorrow
This is basically about a guy in his forties quiting his job to become a mangaka except instead of having drive and ambition he spends most of his days fucking around. His father berates him all the time and his teenage daughter is doing what she can to take care of herself. It doesn't sound like much and it is one of the slice of life titles were not much happen but there are these moments of incite about life that are really brilliant in this manga. The art is similar to Tokyo Zombies as it looks more like someone's notebook scribbles but I think it's charming. 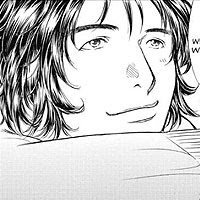 Kingyo Used Books
Is a manga, about selling manga, that highlights a different manga in each chapter. There are several characters but so far it's be mostly introductions and light back story on them. I can't say I feel really attached to any of them. What makes the title interesting is all the different manga it talks about. Each chapter features something different from the ultra rare to to greats and give a little incite about each of them. It's a cool title if you like to learn more about the history of manga (which I do) but if you don't I'd think it would be kind of a dud. The art is nice and well done but I fine it lacking a certain appeal to be (maybe it's not very stylish?). 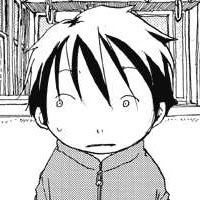 Saturn Apartments
This one is slice of life...in space! This is another one of those titles with really languid pacing. The main character is a teenager who has lost his parents but the people around him have been good in taking care of him. Life on this space station though isn't all that it is cut out to be as there are lower and upper levels that divide jobs and class between the people. The main character Mitsu takes on the the difficult job of window cleaner not only does he have to learn his job but about the other people working around him, and general populous of the station. I really like the art in this one, it is very cute (every had big round head and is kind of stumpy) but had a lot of detail (there are some damn impressive backgrounds).

Hmm, this time around not the most exciting titles but they are all enjoyable if you like slice of life.  If I had to pick a current favorite out of all the Ikki titles I have read it would have to be After School Charisma.  Like I said it starts out awkward but really grows into an interesting and intriguing plot.  The slice of life titles just don't provide that and the narrative in Dorohedo isn't as strong.
Posted by Brand at 7:43 PM No comments:

I’ve been feeling a little off, so though I would do something a bit different this week and give you my thoughts on some of the titles on the Ikki website. This is a website with 100% legit translated manga to read online from Ikki and Viz. Sadly they don’t leave all the chapters up, which I really wish they did. I’ve missed out on a few series because I wasn’t fast enough. 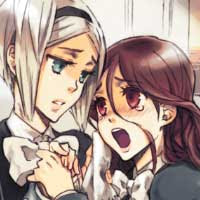 After School Charisma
I really dig this title. It starts out pretty awkward, most of the characters are clones of famous people. In the first few chapters the author really makes sure you know that this bishonen is Sigmund Freud or this beautiful girl is Florence Nightingale and such by saying his/her full name repeatedly. The basic plot is about a high school rising clones of famous people with the idea of letting go back out in the work to "do good work" (it is still a little mysterious at this point). Problems arise when some of the clones don’t want to do what their originals did, and other die just like their originals. Like I said the start is really awkward but this title really comes into its own as an interesting mystery. The art in this is also top notch. 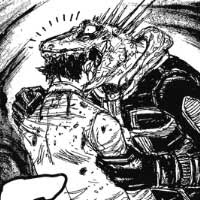 Dorohedo
This had been a title I wanted to read for a while. I had read Q. Hayashida’s adaptation of the Maken X video game and while maybe not the best adaptation the art and strangeness really had me intrigued. That is pretty much the case here with Dorohedo, I’m still not 100% what is going on. There are wizards who mutate people and a dude with a Lizard head who wats to find out who did that to him. But really to me the story in this case isn’t all that important. This is a title where it is to much more about the world and characters that live in it. It’s kind of steampunk if speampunk was actually dystopian like cyberpunk. The art is gritty and kind of chaotic but I really enjoy it for those reason but I know it turns some people off. 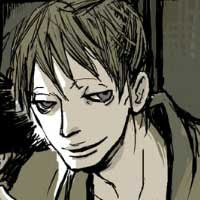 House of Five Leaves
I had really loved the anime Ristorante Paradiso based on another work of Natsume Ono which came as a surprise to me. Right now I can’t say how much I like House of Five Leaves it has very slow pacing and I feel only now in the second volume am I getting a real feel for the characters. Still it’s been interesting and I like her really strange and somewhat awkward art. Somehow it is very anime/manga style but not like any other anime/manga.  I have yet to check out the anime adaption of this but this might be one where I like the anime better as was the case with Ristorante Paradiso.

Next week I'll finish off the list but all of the titles I've listed are worth checking out.
Posted by Brand at 10:05 PM No comments: 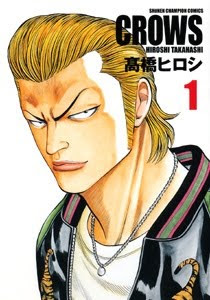 I have to admit this week’s title is one of those golden little guilty pleasures for me. I’ve always loved stories about delinquents, the yakuza, and such. I also love stories where people beat the living shit out of each other. Crows by Takahashi Hiroshi is an almost perfect package of delinquents and shit beating.

Suzuran is an all-boys high school that in which the student population is total made up of trashy youth who feel society has no place for them (It might sound bad but it really reminds me a lot of clique of people I hung out with in high school). The main character is a transfer student known as Bouya Harumichi is a bit of an ass, who likes to spend his days looking at nudie magazines, and tends to wear a jacket with no shirt on (oh, so classy…). He is damn good at fighting though. Which is good since 90% of this manga is fighting. The other 10% is made up of posturing and hanging out with friends. Most of the plot involves some way to get in a fight, who is the strongest student, other school moving in on different territory, and etc. The plot never gets complicated but that doesn’t matter. This is title about friendship and beating the shit out of people. Crows does this well and manages to balance a lot of the violence with light humor (even if vast amount of it is about getting diarrhea from drinking milk). 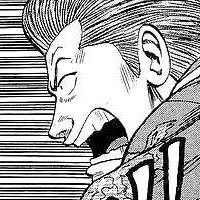 The art is a little old fashioned as the series started in the 90s but once again this is a case where I find it very charming. It is also nice to see how much better it gets by the time the next series Worst starts. Half of the art is about the faces; from the goofy to the deadly serious they are all really well done here. The other half is all about fighting; sometimes it makes me cringe just thinking how some of the impacts in the story would hurt.

Currently Crows combined with its sequel series Worst are some of my favorite titles right now. I can’t say Crows will blow your mind but if you are someone who enjoys the something more visceral this title is a true winner. I also enjoyed the fact that while over the top it tends to say far more realistic in nature then a lot of its brethren delinquent manga. If you like manga with a lot (and I mean a lot) of fighting and story about high school delinquents this is a must read.
Posted by Brand at 8:51 PM No comments: