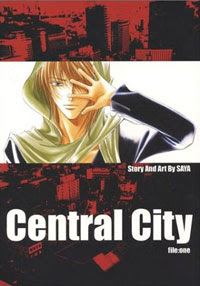 Oh! boy, another review of my 365 Days of Manga winnings. Today is Central City by Saya (Yes, just Saya. I wouldn't want my real name attached to this steaming pile of crap either). Of note, as far as I can tell this “volume” is a single chapter of a multi-chapter single volume manga. It seems only two chapters came out and the second one seems neigh impossible to get. Though, at a $7.95, I can see why no one bought it, and if they did, why they didn't bother purchasing the second volume. I know Viz had done something similar with Eagle but at least with that you were getting something good and not expensive toilet paper.


Here is what I can make out of the story in this drivel. In the future, there area bunch of organizations made up of nonsense acronyms, like F.E.B. Which stands for Federal Earth Bureau, but what the fuck does that even mean? That means nothing to me the reader! At least give it a relatable title. (Argh, brain starting to bleed!) Apparently F.E.B. is some super computer that runs the world except for Central City The reason this computer runs the world is never really explained. (Why bother with the world building when it is this half assed?) This “bureau” employs “Disposers” who make all sorts of information and people disappear. I'm glad that part is at least clear (but can they make unwanted pet hair go away?). I think the writer played a little to much Snatcher at some point because this seems like the vile regurgitation of a better if still unoriginal work. What I have told you no less is just back ground information given on the first page! Did I mention most of this manga is told though some terrible jackass-ery of exposition? Seriously, almost nothing happens. 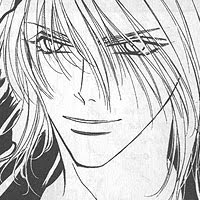 Our main character is Kaede happens to be a S.A. Disposer. S.A. for Special A class, apparently the most “bad ass” kind of Disposer. I think Super Asshole would be better title though. He is in Central City with his friend Karen (who does fuck all expect tell us more exposition) to find his missing mentor. Not much happens except for Kaeda burning someone into blacken catfish for seeing his pretty boy face and going to a bar to talk to some people who might know where his missing mentor is. Another acronym shows up the S.S.S., (which I can't remember what it stood for and can't be bother to look up) who have it out for all F.E.B. Disposers.  They are on the trail of Kaede.  Since the twit burnt a bunch of people to a crisp. You think you would want to be on the down low in the one city in the world that doesn't like Disposers.  Really, that is all that happens except for more slip-sod background exposition. Honestly, I don't hate exposition. This though is so in your face and terrible, I think my brain started to seep out of my ears. Someone should have punched the author (a lot) and been like “What the fuck are you doing? Stop it with this shit!” 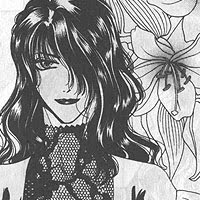 After the mess that is the plot there is the very drab art. It would be just passable in a normal shoujo romance manga. Central City seems to be an action Sci-fi title though. So, the art doesn't really work. The designs are lackluster and forgettable. The line work would is average at best. There is also a distinct lack of backgrounds. The real issue is with the paneling more precisely the content of the panels. The content doesn't flow very well in any of the action scenes. Manga is supposed to flow like a piece of cinema. If Central City was a movie it would be full of terrible jump cuts of impossible to tell action. I would have to say the art isn't as bad as the writing but it does more to hinder then help.

Over all this title left a foul taste with me (maybe I puked up my brains?). Unlike, Baron Gong Battle which was terrible but still fun to read, Central City was just boring and painful. There is absolutely nothing distinct or enjoyable in this. I honestly wouldn't be able to suggest this title to anyone.

Lucky! I got a whole bunch of moe manga. I have yet to post my pics because I'm disgraced to have To Heart and Maburaho.

@Art Rodriguez - LOL, I'd feel bad also (Unless it was Azumanga Daioh or Yotsuba&!). I purposely asked for strangest stuff he could give me. I have to say I got some "real winners" and some awesome stuff.

This is exactly what I was looking for. Thanks for sharing this great article! That is very interesting Smile I love reading and I am always searching for informative information like this. Without sign in instagram, people can see anything with site picbear