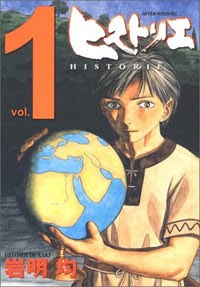 I'm in the process of moving for a job in another state so a lot of my time is being taken up by that right now.  I will still try to update weekly but I think there will only be Scanlation Get! for a few weeks.

This week I am keeping up the theme of “Serious Historical Fiction” with Historie.  A title by Hitoshi Iwaaki who is best known for for the sci-fi manga Parasyte.  This time we delve even further in the past in to ancient Greece with the life of Eumenes.  This is a man who served in many functions in his life including being secretary to a king, a general, and a scholar. Historie is told from the point of view of Eumenes who is a bright and very smart youth (something he puts to good use).  He is also friendly and kind, often willing to help those in need.  Early in the story his life takes several twists and turns from having a strong and wealthy family, to being a slave, and then meeting Philip II of Macedon which again causes his life to change drastically.  We also meet other famous historical characters such as Aristotle and a young Alexander (as in The Great) as Eumenes interacts with them. 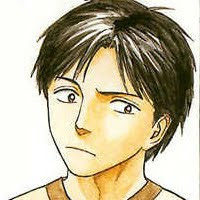 A lot of the drama created in the series is based on besting the opponents intelligence.   Eumenes often gets out of trouble by being smart and avoiding a fight.  Another source of drama is with the many different cultures interacting with each other and how their cultural mores cause conflict with each other. So once again, this series can be kind of dry for those who are not into that type of story, but for those who are it's great. (I find cultural sociology highly entertaining in and of it's self, so I eat this stuff up). 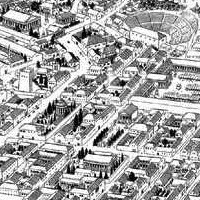 The art in Historie is an interesting topic onto it's self.  The characters have decent designs that are functional but nothing that will wow anyone. If you have seen Iwaaki's other work Parasyte the characters look pretty much the same just in period appropriate clothing.  What really steps up the art in the series is the amount of detail in it.  A lot of manga titles use screen tones which include pre-made backgrounds like generic modern cityscapes.  For a titles like Historie, or Cesare they are no pre-made backgrounds all of these have to be drawn in (which I give some serious cred to the mangaka for, because this type of stuff is time consuming).  There are many location framing panels or panels with hundreds of soldiers drawn in painstaking detail.  Though for Historie this is where things get kind of bizarre.  If you are reading it the from the anthology magazine it runs in often a chapters will not be properly inked in.  Everything is basically there, it just looks rough.  In the collected volumes  Iwaaki goes back and finishes all of the art and the difference is huge.  The amount of detail in some of the location panels is bewildering.  Every little building in a classical city will be drawn in and with some detail.  Over all I enjoy the art but it will definitely turn off some.  Also it may be worth waiting for the scans of the collected volume to read.

Once again this isn't a title for everyone but for those who like historical or serious stories it is a very good read.  Also if you like Iwaaki's other work Parasyte, I highly suggest reading this.  Both of very different but both handle a lot of interesting moral themes very well.
Posted by Brand at 3:28 PM