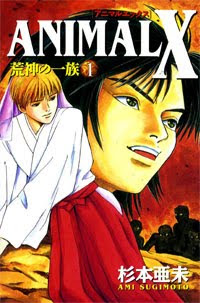 This week is a title I just discovered not to long ago myself, a title from 1990, called Animal X by Ami Sugimoto.  This series has three parts, the first part subtitled 'Aragami no Ichizoku'.  This part is four volumes long and is what I will be covering today.

When we first meet our main character Yuuji is pretty effeminate and pretty much a living doormat.  He's engaged to get married to a his childhood friend.  She has always been the one to take care of him, since he was to wimpy to do anything himself.  Of course he couldn't even ask her to marry him, it's an arranged marriage that they are both fine with.  He works in a science lab where he has been pressured into some strange experiments.  On top of all this some strange teen shows up in his room and wants to mate with him!

This kid is Minato who is not only on the run, he isn't even human.  He is from some dying race of beings known as the Dinosauroid.  He thinks Yuuji is not only of them but a  female one to boot (he can smell it. WTF?).  Head strong and brash he is on the run because he killed some yakuza while visiting the city to see where humans live.  He is also a major dick to Yuuji in the early parts of the manga (luckily this doesn't last to long). 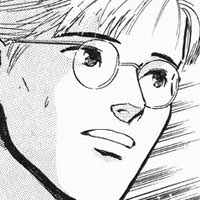 From here Minato kidnaps Yuuji to take him back to his people to mate with him.  A fate Yuuji is not very happy about but being a doormat he can't seem to stop it.  This doesn't last for long though as the two of them end up on the run as a huge conspiracy of events unfolds around them.  Scientists are after Yuuji and both the yakuza and another clan of dinosauroids are after Minato.  Much of the four volumes are them on the run.  Which is pretty exciting as these types of stories manage to keep tension pretty high though out.

What is interesting is as the story progresses so do our characters.  Yuuji starts to be less of a doormat and much more of a fighting participant in his destiny. Minato matures a lot and starts to be much less of a dick.  They form a fairly believable relationship while on the run.

I was also shocked as this was one of the only manga I have ever read where someone was raped and they are really upset about it.  I'm not joking, this isn't that common.  Most of the time characters just brush it off or even fall in love with the rapist!  (Really, Japan WTF?!)  So, I have to give Animal X points for that, it also ends up being rather important for the plot later. 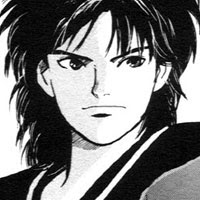 The best comparison I can come up for this title is Banana Fish.  It is far more sci-fi but they both are pretty hard-boiled shoujo tales.  Both have mostly male casts, and where the main characters are run for a good portion of the story.   Also, the uh... gayness.  (Apparently a really bad ass shoujo title can't be shoujo unless there is an inordinate amount of gayness.)  If you are a dude and read Banana Fish because it is awesome, (that makes you awesome also) then this title really is no worse.

The art in this is also very nice.  It's still a bit 90's but it still holds up very well do to the fact it is very detailed and well crafted.  The art doesn't really look like typical shoujo.   The panels are very solid and well formed.  The characters are detailed and don't fall into the typical bishonen style.  Also the screen tone use is very well done, something I find lacking in a lot of shoujo titles.  The art style really seems like something that would run in the seinen anthology magazine Ikki then in Asuka CL DX.

Hmm, I think that is one of my final thoughts on this title.  If you like the stuff running in Ikki, good chance you would like Animal X also.  It is a well written alternative style manga that is not pretentious.  As I also stated before it holds a lot of similarities to Banana Fish. It is well worth checking out if you liked Banana Fish.

*Note: Most likely I won't be posting anything next week, as I am moving to another state this weekend.  Weeee!
Posted by Brand at 9:15 PM