Scanlation Get: Otaku no Musume-san 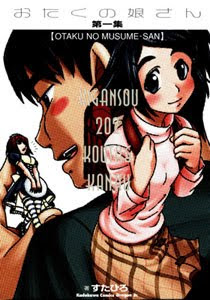 So from now until (at least) Father’s Day I am going to write about titles that feature surprise Fathers! “What is a surprise Father?” Well, a surprise Father is a man living the single life until one day a daughter shows up out of no where. This might seem pretty far out but there are a lot of manga titles in many different genres that cover this. Generally it happens one of two ways, a guy who either finds himself suddenly taking care of a young girl because no one else will, or finding out suddenly that he has been a Dad for some time and didn't know it. It’s always a little girl also. Part of it can be chalked up to moe pandering, but some of it may be because it's a concept pretty ingrained into witting. When a child only has one parent in stories, it's almost always of the opposite gender, no?

The weeks title is Otaku no Musume-san (Otaku's Daughter) by a mangaka just known as Sutahiro. Now a title with the word Otaku in it basically means it’s for Otaku. (No one who isn't is going to read something with that word in the title). There is also little doubt the Otaku is who this title is for. Besides name dropping a lot of other titles, it iss about an about an apartment complex of full of Otaku, and has some very fan service-y moments in it. Basically though it is a sitcom dramedy (how many portmanteaus can I write in one post?). With all that factored in I could still imagine this title as a live-action sitcom (minus some fan service) that most people could enjoy. 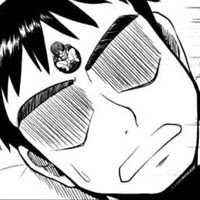 It’s about a man in his mid-twenites know as Kouta Morisaki . An Otaku of course, just eking out a living working as a mangaka’s assistant. This biggest plans he has ever made for the future is what to do at the next Comiket. Kouta would like make a debut as a manga artist but won't accept anything that isn't cool and non-mainstream (which may mean it never will happen). While he doesn't live the lifestyle of a true shut-in he does live in a crazy apartment complex that over time has developed into an Otaku heaven.

Then one day a young girl shows up alone with a note and stating that she is his daughter. At first he can’t believe it but things do add up once she reveals she is the daughter of his high school love (It also helps they look a lot alike too!). So, this girl Kanau comes to stay as this crazy apartment building filled with weirdos. 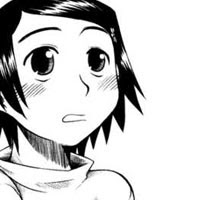 What I liked a lot about this title as opposed to a lot of other titles with this gimmick is the father Kouta messes up quite often. And not the “Oh, I forgot to pack her a lunch!” and more like the “Oh, shit my foolish behavior landed her in the hospital!” This helps to keep a title that could easily go off the deep end in ridiculous Otaku crap more grounded as in some ways it is more realistic then other titles in this trope. In many of these titles the new parent becomes almost instantly selfless individual. It’s nice to see a character that doesn’t adapt to it that well. It’s obvious he cares about her and in the end feels terrible about the stuff he has done, but after living his whole life for him self, he finds it hard to adjust to the needs of another.

The daughter Kanau is a bit of a breath of fresh air when it comes to the “surprise I’m your daughter“ in these kind of titles. A lot of time the girl with be either so young that she don’t have much personality beyond “I’m a young girl” or will be very emotionally deficient. Kanau seems like a fairly normal girl who has to adapt to not only new and strange circumstances, but the fact that being an Otaku’s daughter isn’t going to win her any friends at school. Her Father isn’t quite she had be dreaming of. She has a lot of spunk and manages to adapt to this pretty well. Kanau manages to maintain being a normal girl but still understanding about and to all the strange people around her. 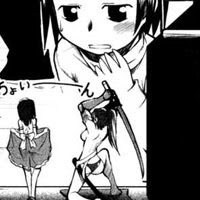 The art in the title wasn’t bad but it also didn’t do anything for me. It did its job and it is happy with what it got done, even if what it got done wasn’t really anything special. Still its better drawn then a lot of other titles out there but it’s a style that won’t be igniting the world on fire anytime soon.

I started this title out of curiosity (Really another surprise parent story?! Sure, why not?). I was thinking it was going to turn into some pedo-loli Otaku wankfest but what I got was a cute semi-dramatic sitcom. Sure it talks about “how crappy it is to be an otaku” but it also makes it pretty clear that life as an Otaku is only as bad as one makes it and that having friends and interacting with others is a worthy affair. There is some loli type fan-service but nothing that bad (even with a character who is a Loli Otaku in it, it's got much less questionable content then Kodomo No Jikan). If you like slice of life stories especially ones about Otaku take a look.
Posted by Brand at 7:44 PM