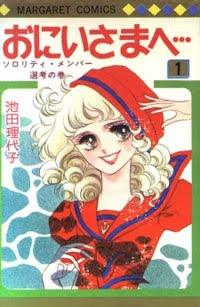 Now for something far less manly but equally 70's-tastic as my last few posts with the title Oniisama e... by Riyoko Ikeda. This author may sound vaguely family with some, as she was the creator of Rose of Versailles, which is her most famous title. (Apparently the anime version of Rose of Versailles still airs today in France). She has written a number of historical titles but Oniisama e... is not one of them. This title oozes with the 70's from every single page, in ways only a shoujo manga can also. Shoujo tends to have more fashionable looking clothes and as times change, often these clothing designs don't age so well. I can think of a few exceptions (Paradise Kiss being one of them) but this makes many of an older shoujo manga special...very, very special.

This is the story of Nanako a normal young girl who comes for a fairly well to do, but down to earth, family. She and her best friend Tomoko end up going to an elite all girls high school together. This school in true classic shoujo fashion is filled with beautiful but nasty evil bitches. (Thought your high school had malicious cliques? It's just peanuts compared to these girls and their spiteful backstabbing). What these girls are obsessed with in this school is the "Sorority". Only the schools top elite are asked to enter this club. Nanako mysteriously receives and invite to Sorority and in an “offer you can't refuse” situation she joins. This starts a roller coaster ride of melodrama as Nanako is sucked into this world that she doesn't fit into and doesn't necessarily like all that much.

This is the manga that has a huge check next to the trope of the lesbian all girls school. Nanako develops a serious crush on upperclassmen Rei Asaka nicked named "Saint-Just sama" in the school. Rie is a bit butch and is often seen smoking and skipping school. Rei has some serious emotional probables which are part of the fact because of the person she is infatuated with. Nanako also has girl who is infatuated with her named Mariko. A lonely girl with some serious issues because of her strange home life that clashes with the girls at school. 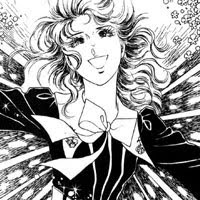 At this point in my mind the story is a bit of jumbled mess because I read the manga over a very long period of time and I had watched the anime first. I think this is one of the cases where the anime out does the manga. The anime from 1991 directed by Osamu Dezaki (he also directed the Rose of Versailles anime and many, many others...look him up) adapts and expands the story. You really get more of a feel for the characters and their motivations in the anime. It is almost like the manga is the abridged version, smashing everything together and speeding up the pacing. Also notable for the anime is the look has been updated and while it is still dated looking it is far less so as more generic clothes were chosen for the girls to adorn then in the manga.

I also can't get away without mentioning this series must have heavily influenced my favorite anime Revolutionary Girl Utena. Nanako is a girl pulled out of her depth into a world she can't even begin to understand. Much like Utena's experience with the student council. Her friend Tomoko is the normal girl of the story, much like Wakaba, who begins to feel left out as her friend flies into a society she can only dream of. I can even draw more comparisons with the anime, but this is a manga blog so I must digress. If you are a serious fan of Utena though, I highly suggest checking out either version of this title. 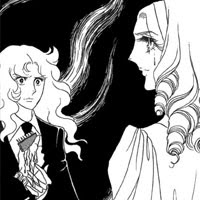 Now have said the art is dated, and it is, but that doesn't mean it isn't well drawn. The clothes and such are very “retro” and the art style is “classic” shoujo but it still looks very pretty. Everyone is drawn well, are fluid looking, and make great melodramatic faces when called for. The girls who are supposed to be boyish push a great androgynous line. The layout is very shoujo with less defined panels but the pages seem to be much more full then in a lot more modern titles. If one can get past the dated look it really is a great treat to look at.

Oniisama e... is worth taking a look at for so many reasons, if you liked Riyoko Ikeda other works; if you are a fan of Revolutionary Girl Utena and want to see some of its roots; if you wanted to read on of the classics; or want to read some shoujo that has some female characters with back bone (and are not boring doormats for men). I'm sure there are many others also. As it has been fully fan translated and it is only three volumes, just o do it.
Posted by Brand at 11:44 PM