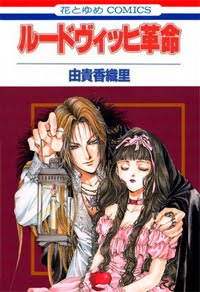 Today's Scanlation Get! Is Ludwig Revolution by Kaori Yuki. You know the chick that did those other titles like Angel Sanctuary

, Fairy Cube, and Godchild? She is back with Ludwig Revolution and in high style. This time perhaps with a less convoluted plot and more camp, but damn does everyone in Ludwig look good. In this title she ramps up fairy tales and fables element that she used in Godchild and puts it to some really good use. This time coming up with a mix of anime sensibilities art and story wise, classic tales, and gothic styling. Ludwig Revolution is also a black comedy at it's core, using some of the dark parts of Grimm's Fairy Tales that today we are not so familiar with and more modern issues with we deal with today. 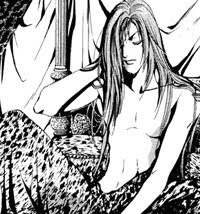 The story is about a prince but not just any old prince, this prince is incredibly narcissistic, caustic, and vain. What Ludwig wants, he gets, and he wants to look hot. He has the habit of forcing his servant Wilhelm into all sorts of terrible situations, some times even at gun point. His hobbies include such wonderful things as collecting corpses of beautiful women. Ludwig's father the King has had enough of his attitude and hobbies and forces Ludwig out to go find a bride. Ludwig agrees only so he doesn't have to deal with his father anymore. From here Ludwig and Wilhelm go on an adventure where they run into many famous fairy tale characters. Kaori Yuki takes an interesting take on all of the characters giving them more personality then in the original tales. Some she strays a bit far, Hansel and Gretel are assassins for example, and Snow White is deviously dark but the end to her story much closer to the original tale then one might think. 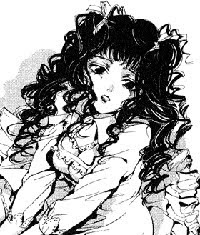 The art in short is just beautiful. Chock full of detail on every page, stronger panel placement then the average shoujo titles, the flow of the story is very clear. The character design is very modern while featuring a classic look in clothes and setting. Her men are, if you know her works, unsurprisingly gorgeous. Even the women her works are very attractive and sexy. Which is something I find missing from a lot of shoujo where a lot of girls and women are very average, especially in stories where men are the main attraction.

If you like dark fairy tales and sometimes even darker comedy, or if you just love stories with wonderful art, I really recommend this title.
Posted by Brand at 8:20 PM

Click Van chuyen thuc pham kho di My for more information about this topic.
Or you can visit this blog : longhungphat.com.vn


I think you really great if if you click into http://nhunghuoushop.com/