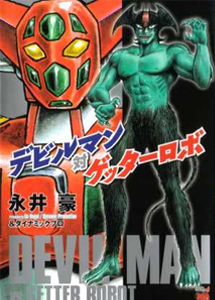 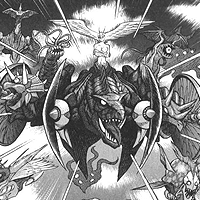 What do you mean it's done by someone other than him?

Well, he does have a studio he works with and to me it looks like a lot of the art has been done by assistants. It isn't uncommon.

Take a look at the art in this:
http://www.mangahere.com/manga/tenkuu_no_inu/c001/11.html

Faces are bit off, also the shading is very different. To me it looks like someone drawing in his style by maybe not him.

The faces do look a lot more like Ken Ishikawa's work. Who was the creator of Getter Robo. Who also worked with Go Nagai on a lot of projects. His art looks at lot like Nagai's at first glance. So much so I bought an art book that was his thinking it was Nagai. But when the art didn't look right I had a friend confirm that the name on it was Ken Ishikawa.