Scanlation Get: My Girl 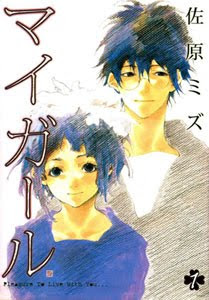 Holy crap, I don’t think I can take much more of this. Don't get me wrong I really enjoy the slice of life titles and the surprise father trope, but after several weeks of it I need a serious change of pace. This week though won’t be that change in pace. In fact this week’s title My Girl by Sahara Mizu is pretty much the bible of “by the book” on this trope. Not to say it is bad, because it’s not, but it is the least original of the bunch I have read so far.

Kazama is recently out of college, working, and living a single life. When one day news comes that his girlfriend from high school has died. At the funeral he finds that she had a daughter, which is his. Apparently, the young girl’s Mother decide to study abroad and be a single parent as not to bother Kazuma with it, who was still in high school at the time. Kazuma takes in this young girl Koharu in and takes care of her. 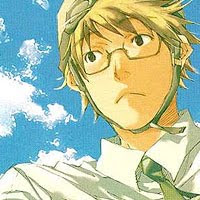 I can’t say much else without getting to far into minutiae. Kazuma is almost a blank slate; he is not that great at this job, he really loved Kazuma’s Mother, and he tries to take good care of this little girl. Kazuma is cute, a bit sad her Mother died, and is sweet and innocent. Personality isn't their strong suit. Events happen at a lackadaisical pace and the story has great atmosphere that draws you in when reading. The problem is afterward it didn’t leave me with really feeling anything.

Now the art is where I thought this title stands out a bit more. It really fits with the atmosphere of the story. The characters are lively and have a wispy quality to them. The panel layout are also nice.  They are loose, but are laid out in an interesting manner, and have an energetic quality to them. 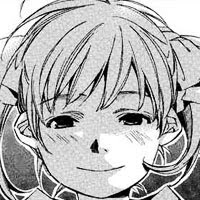 Like I said, at this point I’m getting to my fill with these titles. Sadly, My Girl doesn’t tread any new ground and I think it suffers for it. So much so I can easily make comparisons to the previous titles I have covered. High school girlfriend leaves to be a single mother? Otaku no Musume-san. Young single man meets a girl he has to take care of at a funeral? Bunny Drop. I could go on. The problem being is that titles like these are going to have similarities. I just feel this one doesn't have enough personality to get beyond that fact. I still enjoyed it and thought it was good, but I was left with the feeling it was insubstantial overall.
Posted by Brand at 6:41 PM