Scanlation Get: Kindan no Koi wo Shiyou 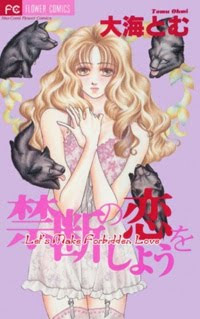 Another quick one this week as March Madness holds a complete different but appropriate meaning for me. I'll do my best to continue to update weekly but things are a bit more hectic then I was planning them to be originally.

This week is another smut title. I want to say it's more tasteful then Akuma na Eros but it might not be for completely different reasons. The title is Kindan no Koi wo Shiyou plus its two sequel series Zoku - Kindan no Koi wo Shiyou and Kindan no Koi de Ikou by Tomu Ohmi (Midnight Secretary). Our leading lady Hisako is a fairly stereotypical character. She pretty much is the prototypal shy, demure, and fairly dependent on others type. There are a few elements of her that break the mold, she is an adult women in her late 20's (where often these titles are still about high school girls), she had a real hobby (jewelry crafting), and she isn't and office lady (she works in an antiques shop). While not very forceful she can be very firm with the rules and about lines not being crossed. What really makes this title different is the supernatural aspect of it, her boyfriend. 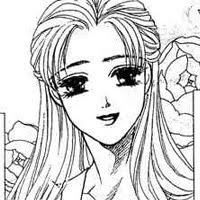 Hisako's boyfriend is Yato a wolfwere?! Yes, a wolfwere he is a wolf who turns into a man under the magical power of the moon and who has lived for over 300 years. He is fairly typical character for this type of role. Though he is a lot nicer then most male leads in smut manga though. In fact he seems a lot more like 'real' dude then a lot of the uber creeps some of the girls fall for in these titles. Though this is where some of the most questionable content comes in. Most of his time is spent in wolf form and when the moon starts to become full he can turn into a man. So the question of bestiality does come up in the manga often enough. Fortunately and thankfully, it never goes there.

Since they are a couple who already live together, most of the series conflict comes from outside sources. Many of the stories are about other men who want Hisako, her over protective brother, a wealthy man who wants Yato in his collection, or ghosts from Yato's past. It's a nice change of pace in this genre where all the conflict is about getting the couple together. Most of the chapters are self-contained stories but some do go on for a few chapters but there isn't a whole lot of continuity to remember. What is also interesting is that her hobby and place of work is often worked into the stories almost giving them a slice of life feel but are mixed in with stories of the supernatural. I really like the mash up of the various elements and they work together well. 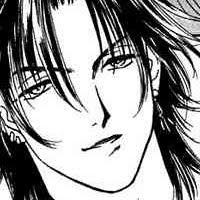 The art is very shoujo, but for me on the better end. Screen tones are used much better then I would say in a lot of shoujo titles. There are still a lot of backgrounds of flowers that plague so many of these titles. The panels are loose in a more typical shoujo fashion but have good flow. The drawing in this series is fine. Though I don't think anyone would have Tomu Ohmi as there favorite artist.

Over all this is a fun fluff series. Best read a chapter or two at a time. The main characters are likable enough and I really enjoy their relationship. As a smut series it's pretty mild. There is some sex, and if I remember correctly all of it is consensual, which is a huge rarity in the genre. If you have ever been curious about these genre but didn't want rape and dickertry this is a good place to start.
Posted by Brand at 1:27 AM