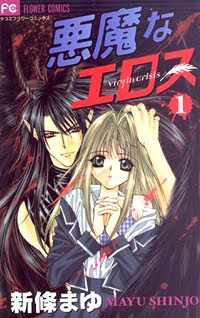 There is a genre of manga that hasn't seen a whole lot of light in the U.S., with all the manga that is out there what could it be? It's smut aimed at girls (which has a few Japaneses terms but I never find solid information on just what is commonly used). This genre isn't just a few titles either, there are oodles of manga anthology magazines devoted to it. Cheese!, and Sho-comi are just a couple of these magazines. These titles often border the line between shoujo romance and pornography. The romance is often hot and heavy, far more adult then the everyday shoujo comic. Sex is often the main topic of the story, and it happens often. If you are squeamish these are probably not for you as they often contain "consensual rape". Yes, I know what I just wrote...we will just leave it there... I don't even what to say such a concept tells us about Japanese culture. (Though, I have heard from my romance novel reading friends that the concept may not be all that foreign). They in fact have a lot in common with romance novels. Just think of hot bishonen instead of Fabio. They also share a lot of the "darker" (a.k.a. creepy) themes often seen in yaoi.

I've read gobs of these titles. Many contain the same basic plot and structure. What I find interesting is some of the best art I have seen in shoujo manga are from these titles. Royal Seventeen and other titles by Kayono comes to mind. Today's title though is by Mayu Shinjou who is one of the most prolific writers in this genre. Her art much like Kaori Yuki has really evolved over the years. In her older titles the art is just adequate but her more modern titles it is top notch. 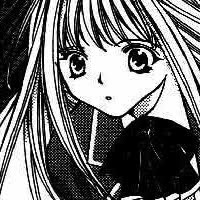 Today's title is Akuma na Eros by Mayu Shinjou. This was one of the first smut titles I read and it's still one of my favorites because in some ways it's just so well...insane. Our heroine Miu just happens to have a book of incantations. (Really? Why hell not. This also gets explained in the final volume but the answer is just as bat shit ludicrous). Miu wants "adult body" so she can get the guy she likes at school to notice her (now this sounds like an 80's movie). Of course things don't go as planed but what she gets instead is hot bishie Satan! Yes, I am not kidding Satan is a central character in this story! He grants her the wish of having the heart of the boy she likes because...well, she is a virgin! Satan then promptly anime tropes us as a returning student in Miu's school after a long absence due to sickness. He is also pretty much dicks around with Miu and mentally abuses her a bit, which makes her hot for him. (You know this is how it works in a manga, don't lie to yourself.) At some point Miu and Satan become a couple, but as a story goes on, plot has to get in the way. Which leads to a black sabbath being held and our couple traveling to hell its self. Where we discover the Lords of Hell are also hottie bishonen, and Satan has sex buddies!

The story is kind of rambling and predictable, in other ways it's kind bizarrely surprising. The most interesting part of it is the really Satan angle, it is not something I've seen all that often (or ever). Miu starts out as the normal weak willed girl that plagues so many titles, but she does become a bit stronger of a character by the end. Satan is holds pretty true to the male lead in these types titles, a bad guy with a heart of gold (at least for the girl). Since he is Satan though and not random street punk, like in a lot of the smut titles, it gives him a bit of an edge. Really this is a title that works only as a whole and is really more entertaining then it should be. 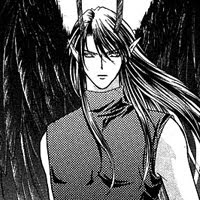 The art in it is fair, it's from 2001 and it shows. Art still has a very 90's anime look to it, and a lot of tone effects that was very common for the time period. Shinjou's art since then has really gone up by leaps and bounds, but by no means does is the art in Akuma na Eros bad. The lines are strong and there is a lot of detail it just never escapes beyond the 90's.

This strange title is worth a look at, it was a lot of fun to read. The story is predictable and absurd but that is part the title's charm. If you have ever been interested in the world of girl sumt manga or just like stories with angels and demons in it (who all happen to be hot), it is worth checking out.
Posted by Brand at 8:06 PM

now present in your city